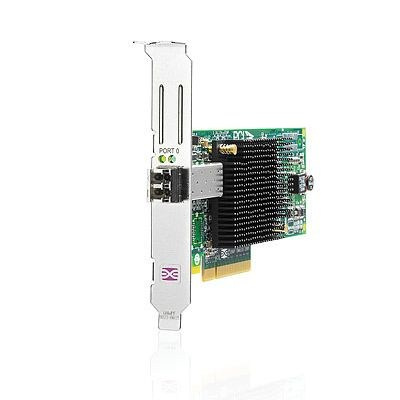 The introduction of the HP StorageWorks 8Gb PCIe Fibre Channel Host Bus Adapters brings datacenter infrastructure components to a higher level of performance and efficiency. The HP StorageWorks 8Gb PCIe FC Host Bus Adapters are priced only slightly higher than equivalent 4 Gb HBAs, yet, they have the ability to deliver twice the I/O performance. In addition, an 8 Gb FC HBA purchased today will protect your investment longer than if you were to purchase an equivalent 4 Gb HBA. If you are using storage intensive applications, such as rich media, the increased performance of the 8 Gb infrastructure allows you to store and retrieve critical information faster.

Since most of today's datacenters are required to be available 24 X 7, it is critical that infrastructure components have failover capabilities. By installing redundant HBAs into your servers, you can feel confident that your servers will remain connected to mission-critical stored data.

Finally, today's enterprises are becoming more and more sensitive to the power consumption within the datacenter. The 8 Gb PCIe FC Host Bus Adapters provide a number of features that work together to reduce power consumption, thus delivering a "green" benefit within the server.. 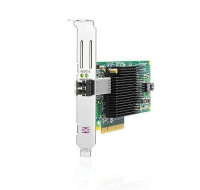